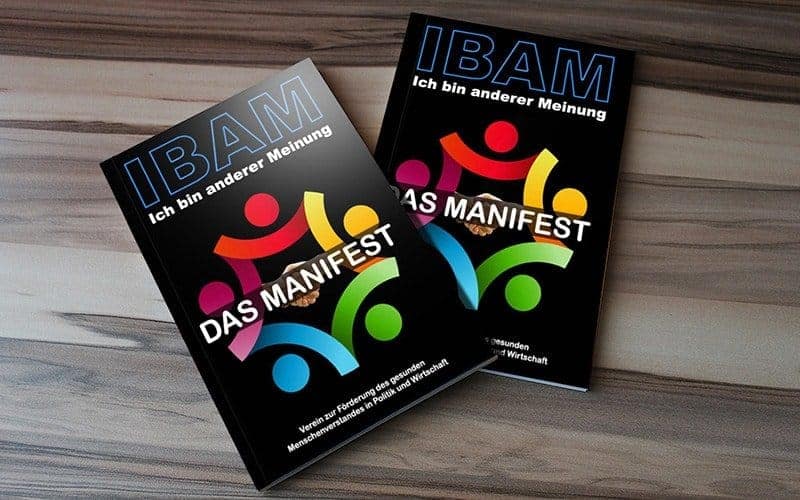 It is not for nothing that we have called our ethical guidelines the “Manifesto of Common Sense.” This crisis has shown us all that this common sense has been lost among all politicians, among all parties. Just think of our Defense Minister Kramp-Karrenbauer, whose only concern in Germany’s biggest crisis is to buy 45 new jets for the Bundeswehr. The fact that these billions of taxpayers’ money could be spent differently, e.g. on thousands of small companies that do not know how they will be able to pay their rent tomorrow, does not occur to her. Once completely from it to silence, how it goes humans, who must read something like that at the moment. This is unfortunately only one example of infinitely many, which points out, how much our politicians do not know at all more, what the two words common sense mean at all.

“Quite normal” persons, on the other hand, are in line with many experts all over the world and had quickly understood that the shutdown decided by politicians will lead to more suffering and more deaths than all Corona viruses of this world together. We have to assume millions of deaths in poor countries alone. But also in Europe there will be a big increase in suicide rates and more cancer deaths, who did not receive any therapy during the Corona crisis or were diagnosed too late.

Our politicians, on the other hand, still cling to the suspension of our fundamental rights, although it is now obvious that they were fatally mistaken. Whether their clinging to nonsensical measures is now because they don’t want to lose voters by admitting mistakes, or because they are simply denying the truth in a completely unenlightened manner, has not mattered for a long time. We will start a process with our citizen movement, at the end of which the word democracy stands again for what it means in Greek: rule of the people! Please read also the article of Lothar Hirneise to the topic common sense:

1. The Basic Law stands above all other laws

Implementable and enforceable regulations must be put in place to preserve our fundamental rights while safeguarding epidemic hygiene considerations. This also requires an immediate amendment of the Infection Protection Act.

2. Parties and politicians are not allowed to accept donations

Not even via “second jobs” in boards or organizations. Donations from industry and business have brought us a policy for a small group of the economy, but no longer for the people! We all know that. But unfortunately, many Germans have accepted this approach because they are not aware of the great impact this influence of industry has on our daily lives.

3. Restructuring of the public service media

Public legal media should serve to strengthen democracy and not be misused for uncritical government reporting. A complete restructuring is necessary here and / or a stop to the current financing through compulsory payments.

4. Right of co-determination in therapy

Patients must be able to co-determine their therapy and have an active say in what their health insurance contributions are spent on. Coercive treatments of any kind are to be rejected on principle, such as compulsory vaccinations.

5. No tracking. No censorship

Unauthorized phone tracking is prohibited. Neither the German government, nor foreign companies such as Facebook or Youtube, are allowed to censor in Germany.

6. Revision of our school system

The goal should no longer be a uniform system that makes students the same, but a school system in which the individual is supported and educated according to his or her abilities. The latest research from neurobiology should find its way into our schools.

We can only influence migrations positively with a worldwide concept. Causes of migration such as war or poverty due to exploitation of people or raw material robbery must be stopped.

The goal is friendship with all countries according to the UN charter. Participation in acts of war, also by foreign states on German soil, is to be rejected.

There are certainly other points which belong in our manifesto of common sense. We trust here the theory of dynamic actions, which says that when you start something into which a lot of energy flows, new actions arise which cannot be predicted. But this is OUR CITIZEN MOVEMENT and we want to continue to work with you on this manifesto. There are so many, great experts in Germany who can certainly show us ways, often very different ways than before, out of each crisis. Get involved in our expert panels and in our IBAM GRuppen. Help us to develop a different, a better democracy.

Please download hier our manifesto compressed on one page. Feel free to distribute it or send it to all your friends today and invite them to join IBAM.